Why Rent a Serviced Office in Southampton? 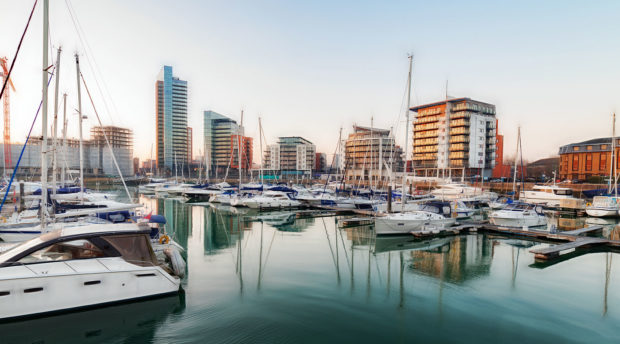 Southampton is a successful regional centre, the economic hub and the top retail centre on the south coast. It is home to the Port of Southampton, the UK’s leading port for automotive trade and the cruise capital of Northern Europe with 1.5 million cruise visitors per year. Southampton has a population of around 245.000.

The city is going through a phase of regeneration, and the council has recently finished the City Centre Action Plan, the new planning framework for the city centre. Its policies for city centre development will be taken forward unless there is evidence to show that our approach needs to change. These policies include planning for more shops, cafes/bars/restaurants, leisure facilities and cultural facilities. The focus will be on the existing retail core first and then an expansion west of WestQuay shopping centre. The City Centre Action Plan also plans for the growth of offices as the economy improves. It identifies new office development sites in the city centre including a new business district incorporating Southampton Central Railway Station, Royal Pier Waterfront and in the longer term, parts of the Western Gateway (south of West Quay Road).

Presently, just over a quarter of the jobs available in the city are in the health and education sector. A further 19 per cent are property and other business and the third largest sector is wholesale and retail.

Like most cities, Southampton has a growing tech industry, with the Southampton University leading the way with their Southampton Science Park. Southampton is positioning itself as a leading city of innovation where cutting edge research underway is truly changing the world.  The city has been named as one of 11 designated Genomic Medicine Centres in the UK, is leading the world in finding medical solutions to major diseases such as cancer, heart disease and strokes and is in the world’s top 4 of oceanographic research institutions.

Southampton Football Club are in the English premiership and often attract over 30,000 supporters to their St Mary’s stadium.

If you prefer to participate in sport rather than watch there is the Alpine Snowsports Centre where you can ski or snowboard throughout the year.  If sailing is your thing, then head down to First Class Sailing, which caters from beginners to grizzled old sea dogs.

Exciting Escapes offers a Crystal Maze type of experience where teams have to use a mixture of brawn, guile and mental agility to overcome challenges.

There are plenty of gyms and leisure centres scattered across the city for your toning and fitness needs.

Culture lovers are spoilt for choice as the city plays host to a great range of theatres, museums, music venues and art galleries.

Eating out in Southampton is sure to have something to tantalise everyone’s taste buds with a range of popular bars, themed pubs, coffee houses and fine dining restaurants. No matter the size of appetite or budget, or just in the mood for a great cup of coffee, family meal or a chilled glass of wine, there’s something for everyone.

The nightlife in Southampton is extremely varied and caters for everyone’s tastes. The city offers a variety of traditional and historic pubs, alongside funky bars and music venues to satisfy its thriving student scene. Whether you are looking for an elegant cocktail bar, an urban-country pub, the theatre scene, a gig venue or booming night club, Southampton has it.

Southampton is the shopping hub on the south coast and one of the UK’s top 10 retail destinations. The city centre has two indoor shopping centres, an IKEA store, an impressive retail park, plus boutique shopping for those looking for something a little different.

For a more eclectic shopping experience get yourself down to Bedford Place , a short walk to the north of Southampton’s main city centre. Its side streets retain all the atmosphere of a bygone era, in what is probably the last bastion of small independent, up-market shops in Southampton’s city centre. By day and night, the throng of bars, coffee shops, pubs and restaurants are a hive of activity.

A little-known fact about Southampton is that it played a major role in the success of fish fingers. Clarence Birdseye tested herring sticks and cod sticks on shoppers in Southampton. They were a great success and rolled out across the country.

One of Southampton’s great advantages is its convenient location on the south coast and impressive transport links.

From the North, London and the Home Counties, the M3, M27 and A34 provide fast, direct road links into the city centre. The A36 is the major route from the West Country, Bristol and Wales. From the East, follow the A27/M27 and depart at Junction 8.

Southampton Central rail station is served by direct trains from and to many cities across the country, including London, Birmingham, Oxford, Bristol, Leeds, Brighton and Manchester.

London Waterloo is a 1 hour 20 minutes’ journey to Southampton Central, passing Southampton Airport Parkway on the way. The local rail network services many suburbs and towns on the periphery of the city.

Southampton International Airport is the leading ‘fast track’ airport in central-southern England, serving many UK and Europe destinations, with onward connections worldwide. The airport, where 7 airlines fly to and from, including Flybe, is located on the outskirts of the city and within easy access from the M27 and M3. It is also served by Southampton Airport Parkway railway station, a stopping point for trains to and from the 1hr 10min London Waterloo journey.

There are two Red Funnel ferry services to and from the Isle of Wight departing from Town Quay; a high speed service for foot passengers and a ferry for vehicles, cyclists and foot passengers.

A half hourly foot passengers and cyclists service to Hythe also leaves from Town Quay.

Cross channel ferry services, Brittany Ferries and LD Lines, operate from the nearby port of Portsmouth, offering fast and regular crossings from France and the Channel Islands.

Southampton is the cruise industry capital of Europe, home to luxury liners such as the majestic Queen Mary 2, Queen Elizabeth and Queen Victoria. P&O, Princess and Cunard cruises set off on their luxury world voyages from Southampton’s port.