Why Rent a Serviced Office in Manchester? 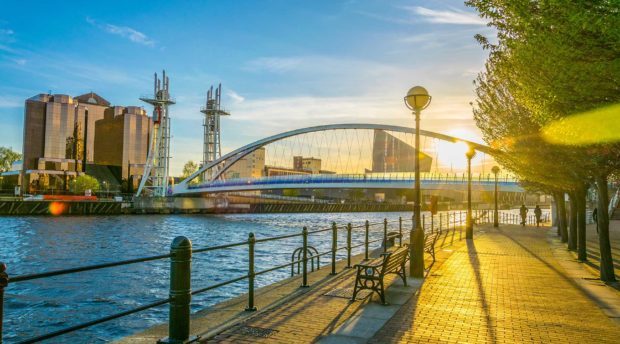 Manchester is a major city in the northwest of England with a rich industrial heritage.

As a regional and national centre of excellence for the service sector, the city region is home to a wealth of corporate services firms from major shared service centres and outsources to leaders in banking and financial services.

Businesses operating within the city include The Royal Bank of Scotland, who employ 7,000 people. The Co-operative Group was founded in Manchester in 1844 and the group’s headquarters have been in Manchester ever since, and s a new £100 million headquarters.  The Bank of New York Mellon opened its Manchester headquarters in 2005, and since then has expanded to over 1,100 employees and added a second office in Spinningfields. The bank describes Manchester as one of its “three global growth centres”, with the office handling £15 billion worth of transactions across 80 global money markets everyday.

Logistics-based activities also form a key part of the service sector in Manchester, thanks to the city region’s location at the heart of the UK’s transport network and its reputation as a leading centre for financial intermediation.

The region’s world class universities, which offer unparalleled research and development opportunities, combined with the capability to house international headquarters, make the Manchester City Region a global centre for business.

TechHub Manchester is the space for the technology community. First launched in London, and then in Riga, and now Manchester.

It’s a place for tech start-ups based both nearby, and entrepreneurs and others in the tech industry from across the UK, Europe, the US and beyond. With a great community space reflecting the vibrancy and global outlook of the technology scene, TechHub strives to show how unique and talented Manchester is. Located between Piccadilly Station and the Northern Quarter, Manchester’s creative centre, it has ambitious of making Manchester one of the UK’s top 5 start-up clusters.

Home to both City and United, there is no city outside London that has football clubs of such standing.

The National Cycling Centre includes a velodrome, BMX Arena and Mountain bike trials and is the home of British Cycling. The Manchester Velodrome is the UK’s first purpose-built indoor Cycling Velodrome, which was primarily built for the 2002 Commonwealth Games.

If you prefer your bikes with engines, Belle Vue, the National Speedway Centre, is also in the city.

The city is packed with first class gyms and leisure centres, as well as swimming pools, five a side football pitches, tennis courts, and any other sports court you might seek.

Manchester city centre is jam-packed with unique and eclectic restaurants, bars, shops, museums, galleries and hotels whilst the surrounding Greater Manchester boroughs offer a patch-work of visitor experiences including quaint market towns, traditional pubs and beautiful green spaces and waterways to be explored on foot or bike.

Furthermore, with a packed calendar of world-class events and festivals – from the landmark Manchester International Festival to the enchanting Manchester Christmas Markets, makes Manchester a city that delivers all that you need.