Why Rent a Serviced Office in Cardiff? 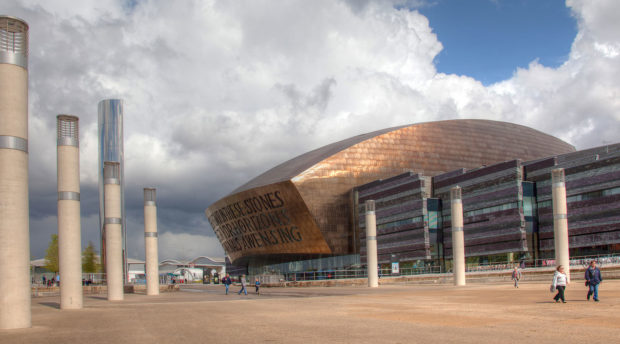 Cardiff is a port city on the south coast of Wales, where the River Taff meets the Severn Estuary. It was proclaimed the nation’s capital in 1955. The revitalised waterfront at Cardiff Bay includes the Wales Millennium Centre, home of the national opera, orchestra, theatre and dance companies, plus shops at Mermaid Quay. Architect Richard Rogers’ strikingly modern Senedd building houses the Welsh National Assembly.

Following the decline of the city’s heavy industry in the latter part of the 20th century, the economy of Cardiff is now dominated by the service sector and is home to a large number of globally recognised financial services companies, employing some 50,000 people.

The creative industries also feature strongly, with BBC Wales’ Dr Who being the jewel in its crown.  Film and film makers are well supported by the Welsh Film Council, and Pinewood Studio Wales is in the city.  There are imminent plans to build far bigger studios, with the intention to attract International film makers to the Principality.

The Tech industry thrives, helped by a £7.5 million fund from by the Welsh Government to attract start-ups to the area, in 2014.  Finance Wales continue to encourage tech start-ups, and offer both seed finance and technology funding.

The tourism industry is also on the increase, and generates over £1 billion in income, annually.

Cardiff is home to the Millennium Stadium, arguably the greatest sports arena in the world.  Home of the Welsh Rugby Union team, world class opponents visit often.  It also offers major acts from the UK and the world’s top performers, such as Robbie Williams and Justin Bieber.

Cardiff’s pubs and clubs are legendary, and offer something for everybody.  Though it’s developing a reputation as a party city, there are many beautiful pubs, steeped with history, if you would prefer a quieter night.

If you fancy chancing your luck at roulette or black jack, there are a number of casinos which will be happy to accommodate both you and your wallet.

Cardiff is the capital for shopping, and with a combination of designer brands, high street names as well as more individual and independent shops, there’s something for everyone. Recently named the 6th best shopping destination in the UK, Cardiff has the whole spectrum of shopping, with charming Edwardian and Victorian arcades and ultra-modern shopping centres.

Start your journey with the spectacular St David’s Shopping Centre, one of the UK’s newest, brightest and largest indoor malls, the Queens Arcade, or one of Cardiff’s older arcades such as the Royal, Castle, High Street or Morgan.

Cardiff is also home to the award-winning farmers’ markets.  Fantastic fresh food, great prices, and all from local producers, every Sunday on Fitzammon Embankment, opposite the Millennium Stadium, between 10am and 2pm.  Each week up to 30 producers sell the very best of almost everything, from bread and cakes, fish and meat, flowers and fruit & veg, to farmhouse cheese and Welsh malt whisky.

Cardiff is accessed from the M4, which itself is connected to the M5, making travelling from London and the Midlands very straight forward.

Trains from London arrive hourly, before continuing to Swansea.  Most other major cities are accessible by changing at Bristol Temple Meads.

Cardiff Airport is Wales’ major airport. Both major and budget airlines fly directly to over 50 destinations, with connections to 900 more.