Why Rent a Serviced Office in Birmingham? 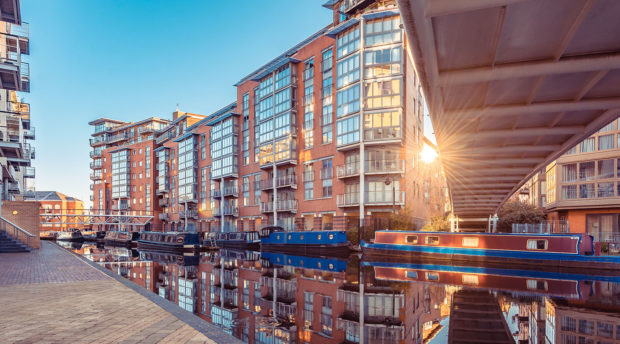 Situated in the heart of England, Birmingham is the second largest British city after London, with a population of circa 1.1 million, and is incredibly well served by its transport links.

Birmingham was the centre of the Industrial Revolution and remains one of the country’s most prolific manufacturing and engineering centres. Employing over 100,000 people in these industries, it contributes billions of pounds to the UK economy.

Banking, Insurance and law also feature prominently. It’s financial services and Insurance sectors are the 4th largest in the UK. It also has the two largest sets of barrister’s chambers in the country, a local law society and 50 major property firms.

The Colmore Business District is the commercial heart of the city – with high profile professional services, retail outlets, bars, cafes and restaurants galore.

A 600 million pound masterplan has been recently launched to turn the neighbouring district, Snow Hill, into the next Canary Warf.

On the tech side, there is the Silicon Canal. Not just a hot spot for tech companies and start-ups, but also a community which promotes and encourages collaboration.

Birmingham is packed with activities to enjoy, whatever your interests.  The world-famous Balti Triangle is a must for curry lovers, or you may prefer a little culture at one of the city’s many theatres, cinemas and museums.

As for nightlife, there is a great selection restaurants, pubs and clubs that you would expect from England’s 2nd city.

If sport is your thing, Birmingham is home to, or very close to, several league football clubs. It is also the home of Edgbaston, where the English national cricket team often entertain their opposition. You may also like to enjoy speedway, greyhound racing, or any number of spectator sports available.

For shopping, Birmingham is the home of the Bullring, one of the country’s largest shopping centres, having grown from an 11th century market into what it is today. It caters from top end stores to shops less demanding on budget.

Birmingham is very easy to get to, from any point of the mainland.  Road links straight into the city include the M5, M6, and M42. There are further options with the A34 and the A38.  The M1 is just 30 minutes away.

There are three city centre rail stations providing fast and frequent connections to both local and national destinations.

New Street Station is at the hub of the National Rail network with fast and frequent services to London’s Euston station and many other major towns and cities across the UK. Services to London Marylebone are served by Moor Street (next to the Bull Ring) and Snow Hill (in the Colmore Business District). All 3 stations are easily accessible by bus and have ample parking facilities.

Birmingham Airport welcomes more than 50 airlines from over 100 destinations. It’s home to plenty of low cost carriers so there are great money-saving deals to grab. Or for business users looking for more comfort – long or short haul – you’ll also find lots of choice to suit your schedule.

Located next to the M42 motorway and main line rail network, it couldn’t be better connected.